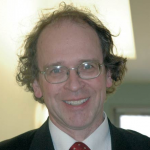 Pekka Kämäräinen is an educational researcher with focus on comparative research in vocational education and training (VET). In the Learning Layers project he was in charge of accompanying research and process documentation in the construction pilot.

This document presents an impact case of using the Learning Toolbox (LTB) in managing a construction site. In the exemplary case the following advantages of using LTB are highlighted:

Based on these exemplary case a scenario is drawn for networks of organisations using LTB as a support for ecological construction work and for knowledge sharing on green technologies.

This document presents the benefits of using Learning Toolbox as a support tool in the management of a construction site. The exemplary case is a construction site in Verden and it focuses on the role of the architect Thomas Isselhard as user and promoter of the Learning Toolbox (LTB). Such a way of using the LTB has come into picture in late summer 2016. Concerning the dissemination of innovation it is important that Thomas Isselhard is working with a set of linked organisations (Agentur, Netzwerk Nachhaltiges Bauen) and promoting the use of LTB via them.

The case of using Learning Toolbox (LTB) in construction site management was presented in September 2016 as an exemplar of using LTB in real work situations in a workshop for craft trade companies in the Bremen region. The presentation of Thomas Isselhard addressed the benefits of using the LTB in the organisation of his communication and information flow with contractors and other stakeholders at a recently started construction site in Verden. Thomas is an architect with expertise in renovating old buildings and work with ecologically sound construction materials. He is now in charge of a special construction site in Verden. The old building that is under preservation order (Denkmalschutz) needs to be renovated thoroughly. Due to the preservation order there are specific requirements how the work needs to be done. Therefore, there are frequent changes in plans and instructions. These repeated updates make it necessary to communicate the changes in real time and ensure that the teams that are working on the site have updated instructions. Also, there are several teams of craftsmen involved on the site and the scheduling of their work can pose a problem.

In 2014 the research team from Institut Technik und Bildung (ITB, University of Bremen) revisited the concept ‘work process knowledge’ and the work of a trans-national project that analysed success factors in technical and organisational innovations across Europe in the 1990s. The key finding was the crucial role of processes of organisational learning and creation shared knowledge on matching activities, mutual complementarity and commitments between different occupations involved. In this respect the use of the LTB - in particular to overcome organisational mismatches, communication gaps and lack of real-time feedback - in this example is a micro-case for the emergence of ‘work process knowledge’ in a temporary context. Here, the use of the LTB as a common tool is a key factor in the process.

Opportunities enabled by the functionality of Learning Toolbox (LTB)

Screenshot 1 and 2: LTB-Stacks to coordinate construction work at a particular site

Here it is worthwhile to note that the mere pictures of LTB stacks do not reveal how the toolset can be used to support construction site management or collaboration and knowledge sharing between different parties. Moreover, mere user-training on how to create domains, stacks and tiles does not equip the users with sufficient know-how on making the use of the LTB an organisational asset or a medium in cross-organisational coordination.

Below some insights are presented into challenges and developments in the introduction of the LTB, in getting it used at organisational level and integrating into cooperation with contractors and partners. The exemplary situations are based on Thomas Isselhard’s presentation in the workshop on the use of the Learning Toolbox in construction work.

Challenges and developments in the introduction of the LTB

“Why should I start using the Toolbox and what could it bring to me/us in charge of construction sites?”. Thomas starts with the simple things to be coordinated with the help of the LTB – lists of contractors as well as the distribution of tasks between different parties. He gives insights into difficulties in coping with changing plans and versions of plans in the old way – with paper documents and communication via phone calls and e-mails.

Challenges and developments in spreading the use at the organisational level

“Can’t WhatsApp do all this - why do we need a new system? Yes, but WhatsApp doesn’t have a structure!” Thomas explains how they started in their own organisation – with simple content tiles and by replicating the standard processes and the filing systems that they were used to (using same colours for digital document tiles as with folders for paper documents).

“How do I get the contractors and partners interested and convinced in using the Toolbox?” When starting a cooperation with a contractor on a construction site Thomas links the introduction of the Toolbox to the induction to the task (uploading with a QR-code). In this context he explains how the Toolbox can be used to follow the updates of the plans and to give feedback on the progress with the contractor’s work. However, the real benefit lies in the interactive use by all parties involved. Here Thomas presents the advantages of real-time communication, coordinated version management and notification of changes enabled via Learning Toolbox.

Screenshots 3 and 4: Retrieving updated plans with LTB and sharing them in real-time with all

In the exemplary case presented above Thomas Isselhard was active as an architect and as manager of construction site. In this context he promoted the local use of Learning Toolbox (LTB) for organising work processes on site and coordinating the distribution of revised plans and orders. Already at this stage we can observe features of organisational and cross-organisational learning.

In addition to his main work as an architect Thomas Isselhard is active in (or working with) several networks that promote innovations in ecological construction work and knowledge sharing on green technologies. Regarding the role of these networks as multipliers of the use of LTB we can draw the following scenarios (taking into account their mutually complementing activities):

This document started with an exemplary case that Thomas Isselhard presented these experiences to representatives of craft trade companies in the Bremen region. He discussed the benefits of Learning Toolbox (LTB) from the perspective of a construction site manager working with a renovation site that posed special challenges. The transition to work with LTB and to get other counterparts use it was demonstrated with several exemplary situations. Altogether this served as a micro-case on cross-organisational learning - how to get different parties working together with the help of LTB. Also, he addressed important issues for construction companies. They need to have both overview and control on the plans and orders on the basis which their workers are due to work on the site.

The scenario drawn on the basis of this experience shows how a grouping of multiplier networks on ecological construction work and on expertise in green technologies can promote the use of LTB to construction professionals and wider audiences. Here all the elements of the specific uses of LTB (listed in the above presented scenario) can be traced to experiences gained in the micro-case of the construction site in Verden.

Concerning the theoretical relevance of this case, this episodic example illustrates the acquisition of shared ‘work process knowledge’ by using LTB at the construction site and in collaboration across the organisations involved. In this respect the uses of LTB outlined in the scenario can be characterised as measures to promote ecological work process knowledge across trades and organisations.

A more specific view on ‘organisational learning’ as a concept of its own was provided by the study of Rolf Wolff (1982) “Das Prozess des Organisierens. Zu einer Theorie des organisationalen Lernens”. He analysed the success of organisational innovations in Scandinavian enterprises, for which both employers and trade unions claimed to have an explanation. In the light of his empirical studies Wolff pointed out that neither the celebrated managerial concepts nor the institutionalised workers’ participation arrangements could be seen as the explanation. He traced ‘organisational learning’ to the lived practice in the work organisations and to the mutual adjustment of different occupational actors to each other within the context of technical and organisational changes.

The term ‘work process knowledge’ arises from similar studies as mentioned above on ‘organisational learning’. The latter concept refers to the interaction and to the social settings, whilst the former concept refers to the knowledge processes, shared meanings and crossing boundaries. The coordinators of the European “Work process knowledge network” (funded by the EU FP4, TSER 1998-2000) defined their key concept in the following way:

“The concept of work process knowledge can be seen as a way of describing the kind of knowledge which employees need for working in organisations which have developed more flexible structures, and which have introduced new technology in search of greater competitiveness. The concept of work process knowledge is increasingly used in discussions exploring the relationships between work, learning on the job, organisational development, individual knowledge, collective knowledge and occupational competence. The concept signals more than practical knowhow or ‘procedural knowledge’, for this way of knowing also encompasses theoretical understanding. For this reason, the concept is a generative one which provides a framework for understanding how contradictions between theory and practice – and contradictions within practice – are resolved in the context of work. It also provides a framework for building effective partnerships between vocational education carried out in institutional settings and learning on the job.” (Fischer & Boreham, Work process knowledge: origins of the concept and current developments. In FISCHER, M., BOREHAM, N. & NYHAN, B. 2004. *European perspectives on learning at work: the acquisition of work process knowledge, *Luxembourg, Office for Official Publications for the European Communities.)

Links to other Sections